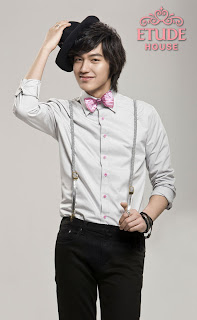 According to Dramabeans, the new face for Etude House is Lee Min Ho, lead actor in Korea’s current hit drama series, Boys Before Flowers. Also known as Boys Over Flowers, this Korean television adaptation of Japanese manga Hana Yori Dango is seeing high viewership ratings, in part due to the good-looking cast. 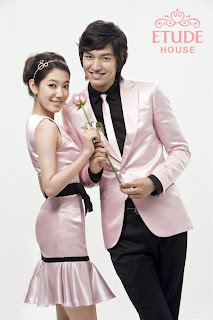 While I cannot picture him selling eyeshadows and highlighters (makeup of any kind, really), I am guessing he will be promoting skincare and men’s products (something for the boyfriends/husbands/lovers?) to his masses of female fans. His mere endorsement of the brand is probably enough to send droves of them to Etude House stores…more so, I imagine, when he is there for publicity campaigns. ;) 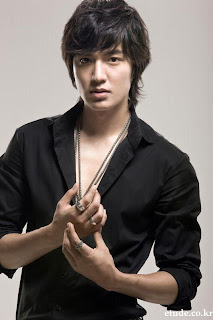 Look past his sculpted face and chiselled features to uncover some strong acting. I am impressed by his complex portrayal of Gu Jun Pyo, the poor-little-rich-chaebol who is at once powerful and vulnerable, debilitated and strengthened in turn by his love for a common girl.

Lee Min Ho’s textured performance reminds me of Lee Dong Wook (yes, he of My Girl fame); he even looks like him!

I was at Shiseido Singapore yesterday, where I was given a preview of the new Za Plumper Lips collection comprising lipsticks and lipglosses. According to Za, they contain: Fill-Up Collagen to moisturise, condition, smooth and plump up lips, enhancing the lip barrier function at the same time. Plump-Up…