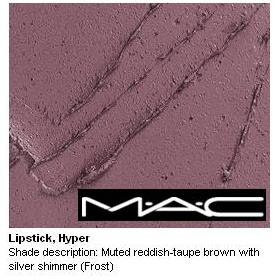 In the online and real beauty world, makeup lovers recognise the unerring compulsion for a certain makeup item. As such, many of them readily enable purchases, fulfil desires and bestow gifts. I have been blessed more than once with such makeup kindness.

Some time last year, I discovered that my very first MAC lipstick had been discontinued. Unfortunately, this realisation came too late – the local counters had either sold the remaining stock or returned it to the parent company. All my efforts to track it down in Singapore ended in disappointment; even enlisting my MA’s insider help proved futile – there was no MAC Frost Lipstick in Hyper to be found on the island.

In desperation, I posted on the boards I was a member of, lamenting its loss and querying its continued existence at other counters overseas. Happily, I discovered that while Hyper had indeed been discontinued, the lippies would remain at counters until they were sold out.

I received more than one personal response to my posts. A sweet member of the Asian Beauty community on Livejournal offered to Back2MAC for it if I sent her six empties (I didn’t know her at all and was extremely touched by her generous offer), while two friends on Emakemeup offered to find it for me at their local counters (one would make a direct custom purchase; the other, a B2M). At the same time, I worked out a swap for it on Makeup Alley.

Amazing how makeup aficionados rally to help one of their own in times of need! :)

In the end, I received four in the mail. Yes, four beautiful Hypers. What is so special about this lipstick, you may ask, that I would feel so strongly about it?

Hyper was my first MAC purchase and MAC lipstick.

When you are a lover of MAC Cosmetics, your first MAC purchase tends to be memorable; even more so, when that purchase is one of its iconic lipsticks. Such an experience undeniably creates a deeply etched makeup memory.

MAC launched its first counter in Singapore at Tangs in the late nineties (I believe it was in 1997) and there was much hype (no pun intended!) surrounding the long-awaited arrival of its extensive range of products, hitherto exclusive to only makeup professionals.

I was especially taken by its chic – now, classic – angled display of lipsticks, MAC’s paean to lippy love. Amidst the pinks, reds and browns, Hyper stood out. I still remember my excitement upon swatching it and the pleasure that shot through me as I saw it on the back of my hand and felt its texture.

Hyper is a unique plum with chocolate tones and silver shimmer.

A modern take on the usual plums and browns, its mauve overtones and silver shimmer give it complexity. It felt like a contemporary colour to me then, as it does now. I wouldn’t say it is timeless but it is versatile. It can pull warm or cool, depending on the number of layers you apply. A light layer is great for a neutral look, while more layers give depth and make an edgy lip.

Be warned though, too much can actually impart a Goth feel – I once had someone ask why I was wearing black lipstick (it doesn’t look black, honestly but it is pigmented and has depth of colour).

one layer, without flash

one layer, with flash

I have two Hypers currently in use. One is always in my makeup pouch, while the other resides in my lipstick drawer. The other two are still in their boxes, in my backup drawer. I will probably use them all…perhaps eventually keeping the nib of one, out of sentimental value. For now, I am glad I have this post as a reminder of the joy this lipstick has brought me. 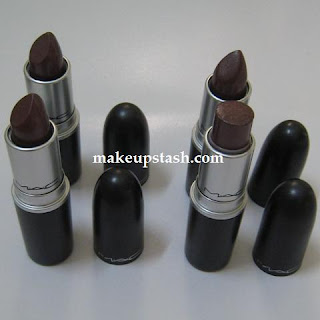 the fab four, without flash 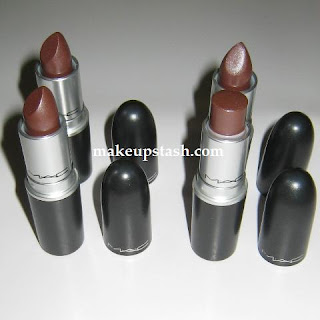 the fab four, with flash