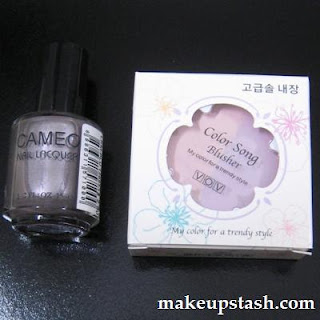 As 2008 drew to a close, I happened to be at a Guardian Pharmacy outlet where VOV was on discount with a generous 30% off the prices of all its items! 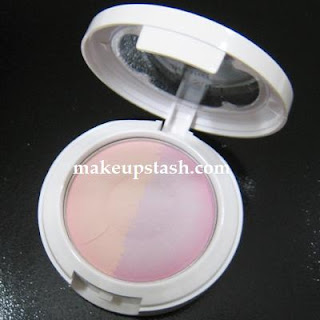 I swatched several things and finally decided on Color Song Blusher in 18, a blush duo in peach pink and lilac. The slight gradated appearance is quite pretty. Graze the surface with a gentle swirl and you get a soft wearable pink. 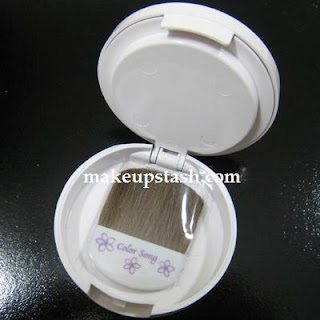 Like Gransenbon blushes, it has a little compartment below that contains a blush brush. Unlike the Gransenbon though, it does not have a mirror. Nonetheless, it’s not too shabby for S$19.25, not to mention its discounted price of S$13.47!

I also left the outlet with a Cameo Cosmetics Nail Lacquer in 10 Caffeine (S$2.90), a pretty plum brown with fine multicoloured shimmer. It reminded me a little of OPI’s now discontinued Route Beer Float, only cooler in tone. It looks like it would pair nicely with my MAC Hyper lipsticks too!

Thank you for taking part in the Metro/Tweezerman Giveaway. The winners are: Angela Eclair Sky Sharon Zora You’ve each won a pair of Tweezerman tweezers. :) Congratulations, you will all be contacted via email! A gentle reminder: Please respond within three days. If you do not do so,…