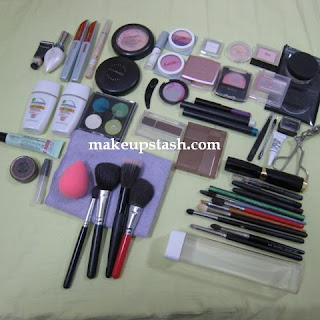 Otherwise known as what to bring on an overseas trip!

The last time I went abroad was in 2005. That year, I went to Bangkok twice (once, with my boys and their godmother; the other, with the hubs and the boys). That was after ten years of being landlocked, as I wryly told my friends. You see, I had no valid passport before then – it had expired a long time ago. Going twice compensated for having not travelled in so long! ‘Why Bangkok?’ you may ask. That would need another post to explain! ;)

We went to Bangkok again this year. This time, we stayed for 7 days. A long time, compared to the measly 3 and 4-day vacations in 2005! The hubs had surprised us with Jetstar tickets (S$592, including taxes, for all four of us) and we stayed in a lovely room in Centrepoint Silom, a serviced apartment with wonderful amenities and in a superb location.

The trip was memorable – many things happened in the Land of Smiles, catapulting me into a mélange of emotions and I returned feeling thoughtful, elated and sad but also missing Thailand very, very much.

One of the highlights of the trip was actually the preparation for it: researching places to visit, malls to shop at, makeup to check out, deciding what to bring!

The last was interesting to say the least. For a makeup fiend, surely that was a conundrum. What do I need? What should I leave behind? Should limited edition items go with me? Which liquids, aerosols and gels (LAGs) do I need on a plane?How many LAGs do I absolutely have to bring with me? Would I have makeup on before boarding, hence eliminating the need for certain cream/liquid makeup onboard? Which palette(s) would be the most versatile? Which tools do I need?

These were the questions that ran through my mind as I prepared my cosmetics for the trip.

Not having travelled in ages, I was unfamiliar with the new flight rules. After a little research, I finally arrived at some answers. The limits are somewhat generous but travellers could do without all of this hassle, honestly. The new flight rules also made me resent the fact that I couldn’t bring along a bottle of water! In the end, I only put my Rohto eye drops, a mini evian spray and a lipgloss into the required small plastic zipper bag.

And then, there were the brushes. Now this was slightly easier because I knew exactly what my must-haves were.

The spatula was used to scrape out an almost-empty MAC Cream Colour Base which I used as a cream blush – there was so much product left, even though so much pan was showing!). I also included a 3M Scotch-Brite Microfiber Dusting Cloth, perfect for cleaning brushes in between uses. 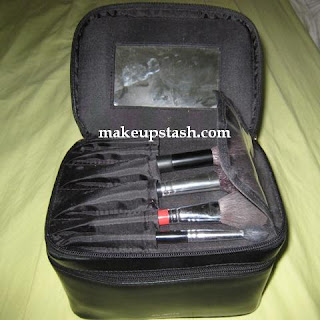 Together with my makeup – everything from tinted sunscreen to eye shadows – these went into a black Shu Uemura makeup case that was a gwp (one the best ever!). I carried this heavy case in my hand carrier because it contained precious cargo! ;) I certainly didn’t want to risk my treasures getting damaged or stolen. :P 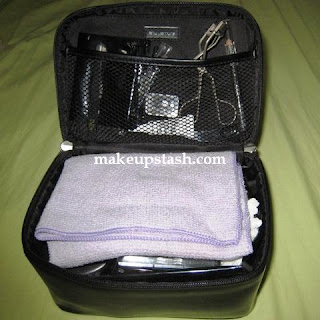 Its small size belies its capacity – it can hold so many things! The mirrored top tier holds brushes, while the bottom one has a few compartments. I do wish that the top tier were longer though. Some of my brushes could not fit inside so I had to put them in a tube from Muji. Interestingly enough, the tube could fit comfortably inside the second tier. I must admit that although upper tier is stiff (I had difficulty slotting some of the brushes with fatter handles into the compartments), it is good for protection. Over all, this case is a winner where travel makeup storage is concerned. 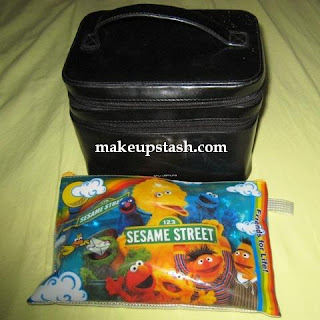 I also brought along a plastic pouch in which I kept liquid and cream items. This went into the luggage. 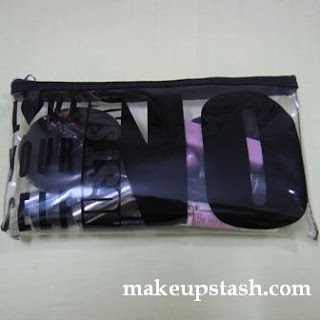 Besides these two carriers, I had a plastic makeup pouch which I mostly keep in the bags that I take out. I’ve had this one for almost three years and it’s served me well. It’s seeing some wear and tear – there’s a little hole in a corner – but it’s still going strong. I used this when I was out and about in Bangkok; rotating and changing items from the two carriers above. 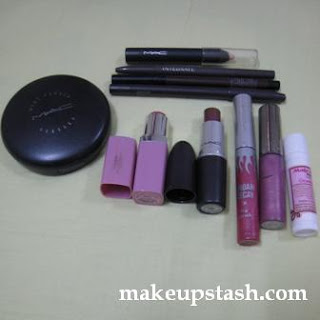 Some of the items inside this pouch are there permanently for touch-ups. The plum lippy is MAC Hyper, yet another star in an Internet kindness story. :)

This year, Aveda offers a special candle whose entire sale proceeds will go towards the Global Greengrants Fund which funds clean water projects to help the needy.