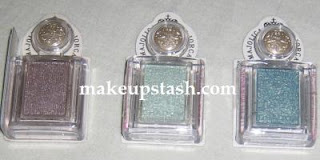 If you missed out on Lunasol EX01 Blue Green Coral, you could try to duplicate it with these three colours from Majolica Majorca‘s range of eyeshadow singles, Eye Shadow Customize (S$9.90). 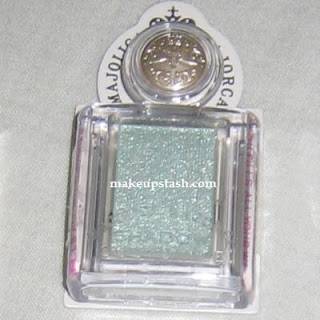 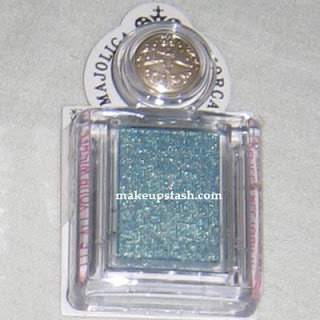 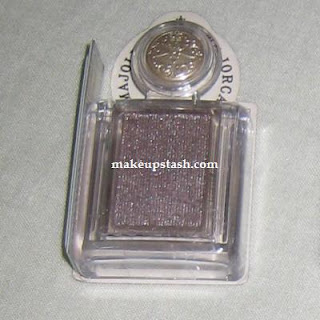 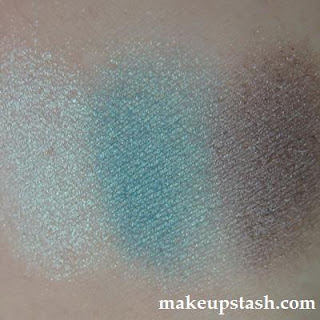 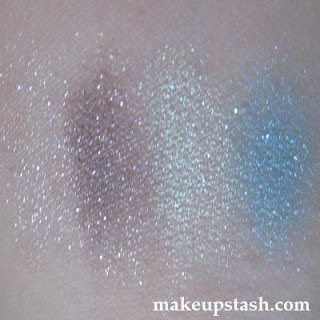 As you can tell, the MJ teal isn’t as blue as that of the Lunasol but this can be easily rectified by layering BL724 over a blue cream/powder eyeshadow or blending a blue eyeshadow over it. This way, you will get the pretty teal of the Lunasol. I think it’s already very pretty on its own though! ;)

My photos were taken in different lighting so the contrast between them is more marked. They do bear a slight resemblance to each other in real life.

GR129 and BL724 are also good dupes for the teal and mint green in my beloved Kesalan Patharan Face Color in S5.

Here’s another eye with the new Clarins Neo Pastels Eye Colour & Liner Palette. It’s a smokier version of the soft eye that I did with the same palette, with the addition of the lavender in the top row and the brown in the bottom row. I used:…