I first learnt of Sonia Kashuk from an international beauty forum more than ten years ago. There, I befriended a makeup lover from the US (*waves* Carolyn D.!), who sent me not only Sonia Kashuk makeup sets in swaps but also the brushes with the soft lavender blue handles, cult favourites of that time.

The latter, in particular, impressed me with how well-made they were…and they continue to impress me more than a decade on.

Granted they are starting to shed a little but they’ve all kept their shape and work perfectly till today. I reach for them so often that the passage of time seems insignificant because they’ve been a part of my makeup repertoire for so long. It’s only when I think back to when I’d actually received them that I’m startled by how long I’ve actually had them.

Believe it or not, I have more new and unopened ones. You see, I’d slowly but surely accrued new brushes from other brands over the years, pushing them into the sidelines. Perhaps it’s time to finally open them, now that I’ve given them their due. ;) 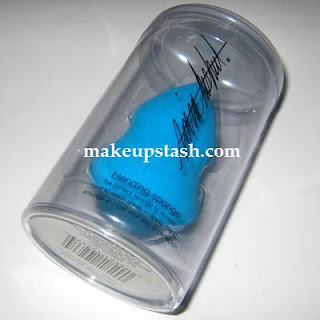 Still well-known for her brushes, Sonia Kashuk has since expanded her beauty range to include accessories and tools like makeup pouches and a sponge that seems to mimic the Beautyblender (it’s harder than the latter, though). I haven’t tried the makeup brushes that were created after the blue-handled ones were discontinued, but if they’re anything like the latter, they will last a very long time and serve you well!

An afternoon text message from Iris alerted me to the arrival of Japanese magazines Cutie and Sweet at Kinokuniya. She informed me that the latest issue of Cutie is bundled with a Care Bears mirror and a Care Bears pouch, while Sweet is giving away a large Cher…